An inter-racial couple’s wedding is presently trending on social media with claims that the Nigerian bride was previously engaged to the Yahoo Boy that linked her up with the white groom.

According to viral reports, the yahoo boy with the nick name PMT, involved his fiancée in his dealings with the British client he intended swindling by having her talk to him and hold video calls with him to make the transaction look legit. 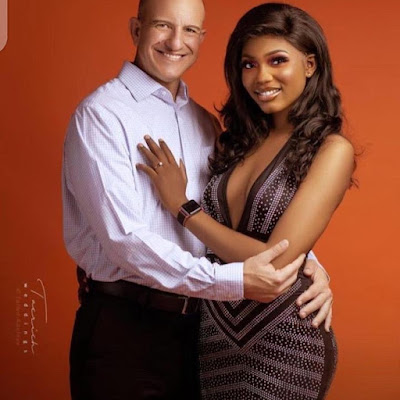 Things however took a twist when the British man and the Yahoo boy’s fiancee went behind him and got married at the Ikoyi marriage registry in Lagos on Wednesday, September 8, 2021.

The Yahoo Guy is allegedly now depressed and feels used especially as his fiancee has totally cut off all access of communication with him.

Below is a photo of him and his fiancee, Nonnie after they got engaged in a club months ago 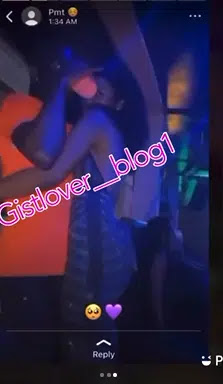 “It was alleged that the guy say make him girlfriend dey follow the client talk, as we speak, oyinbo don collect this girl do wedding today ooo for Ikoyi registry ,the guy wan go chop snipper like this…trouble no dey finish…The same cloth wey the guy buy for am ,Na the cloth madam take do photo shoot with the Oyinbo….Na the matter we still dey settle like this…I come in peace” Instagram blogger, Gistlover reports. 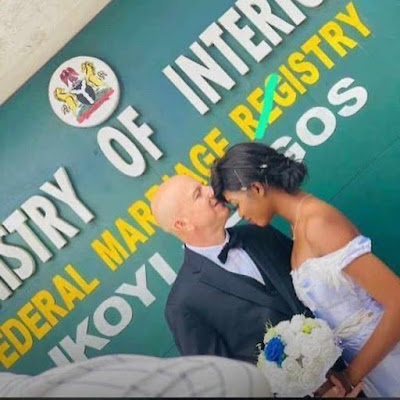 Reactions as Rapper, Dan Sur brags about being the first to surgically implant gold chains into his head (photos)

23-year-old Mexican rapper, Dan Sur has got people talking after he took to social media to flaunt his surgically implanted hairpiece. The rapper who bragged about being the first to surgically implant gold chains in his scalp took to Instagram and TikTok to share photos of his new look. In the photos he shared on social media […]

BBNaija season 6 housemate, Angel was singing a ‘remixed’ version of “Koroba”, a song by Nigerian singer, Tiwa Savage, and her fellow housemate, Whitemoney, wasn’t too pleased. When the song was released in 2020, Tiwa Savage came under heavy backlash as some netizens claimed she was promoting prostitution with the song. However, the singer came out to dismiss […]

Popular Nollywood actor, Zubby Michael has recently acquired a brand new Mercedes Maybach luxury ride, worth Millions of naira. The self-acclaimed richest actor in Nollywood took to his social media page with a post announcing the latest addition to his garage of luxury cars. Zubby Michael shared a video of himself in the white car parked in front […]