Singer Jaywon has reacted after relationship therapist Blessing Okoro addressed him as a “small boy” in a comment box on Instagram. 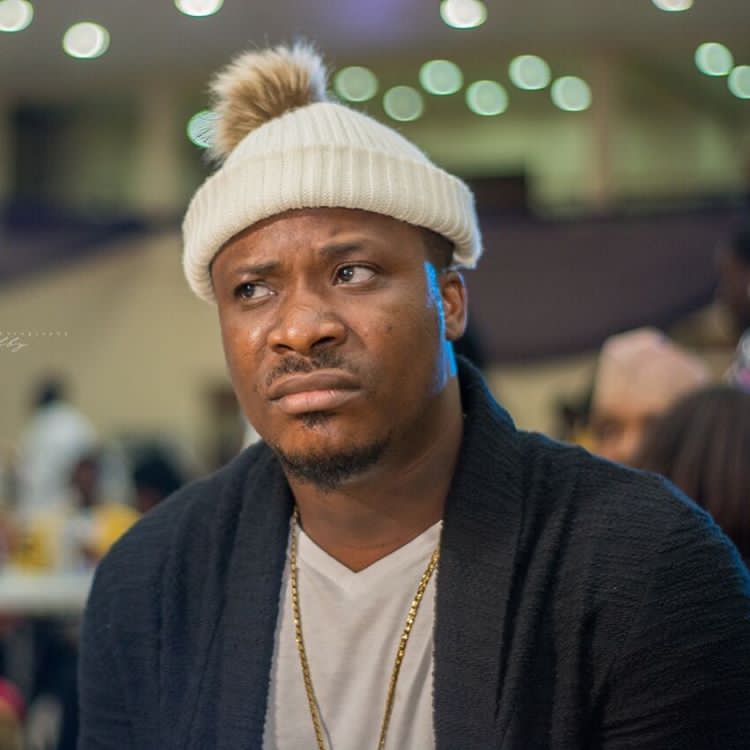 Jaywon had replied to Blessing Okoro, whose marriage ended in divorce by saying that people whose marriages have spoilt are trying so hard to destroy other marriages.

In response, Blessing addressed him as a small boy after he accused her of leading other women astray because her marriage “don spoil.” 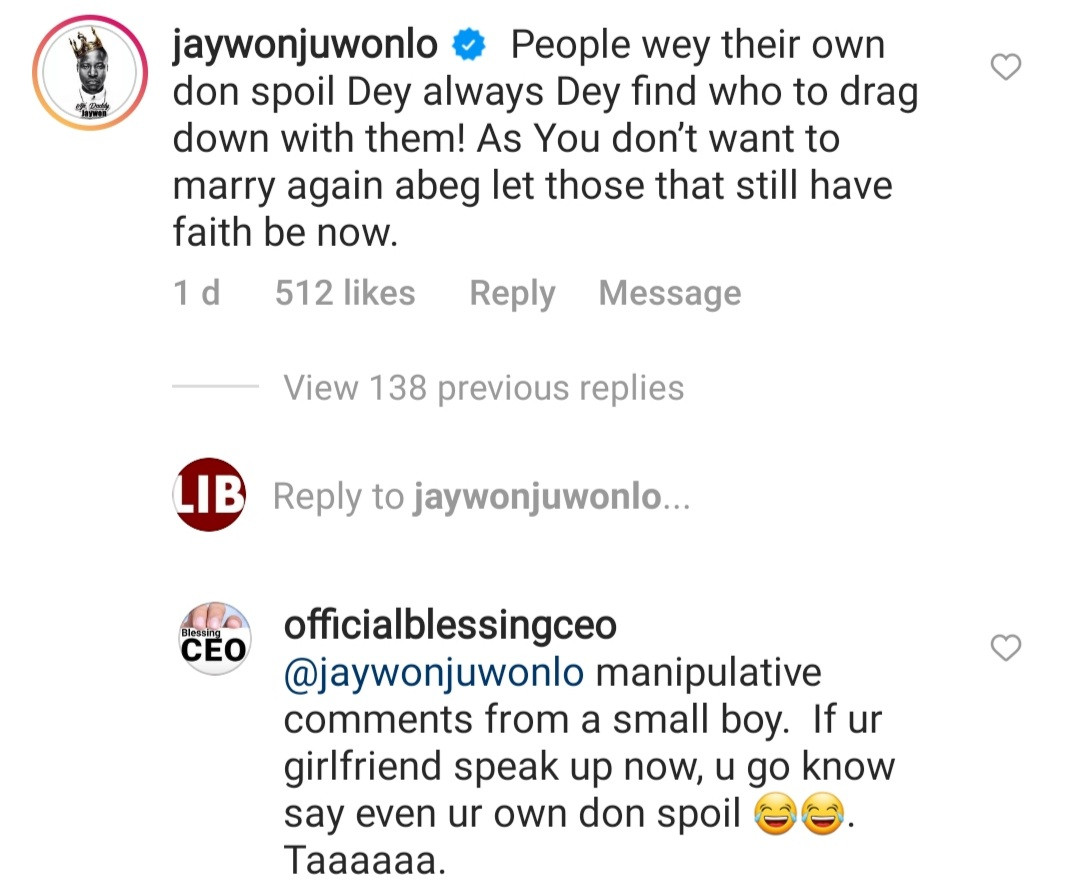 Taking to his Instagram, Jaywon opined that Blessing Okoro lacks the intellectual and moral capability to interact with him.

“Dear blessingceo or whatever it is you call yourself. Take a look at the Life and Times of everyone involved in this disturbing circle of the saga that’s been brewing, take a look at everyone; the singers, actresses, actors, LEGIT businessmen, do you actually think you have the right to talk in our midst? These are people with talents and are just mere humans making normal human mistakes.

You calling me a small boy isn’t the issue, it’s the most humdrum, vanilla thing I’ve been called, so try harder, little girl. My issue is the fact that the internet has put all of us together and even those without talents are now overnight celebrities and CEOs, not excluding those of you with roguish, disreputable, unprincipled, shameless, and tasteless backgrounds. How dare you?

I’ll however tell you one thing and that goes for ALL of you “overnight celebrities” with lower pedestal or intellectual wavelength as more hardworking, quieter ones…

Dear little girl, you think because you have followers and you get your nonsense gibberish posted on blogs, that makes you a celebrity or motivational speaker? Or that you move with big wigs means you’re big too?

Let me tell you this today..THAT YOUR CHIHUAHUA HAS SPENT A DAY WITH THE CHEETAH DOES NOT MAKE IT AN EXPERT IN RUNNING AFFAIRS OF THE JUNGLE. Oh! Blessing, I forgot, I’m addressing an unintelligent nitwit, my bad.! Get someone more intelligent to translate that to you. Peace!! blessing say you dey wine my nipple AJE?”

Former Big Brother Naija housemates, Khafi Kareem and Gedoni Ekpata have welcomed their first child ever since they got married in 2020. The reality star took to her social media page on Sunday, 23rd of August 2021, to announce the arrival of her new born child which turned out to be a bouncing baby boy. […]

BREAKING! WhiteMoney’s 700K Instagram Page Has been Taken Down for Violating

Fans of Whitemoney, a housemate on Big Brother Naija, have gone wild after his Instagram page, which had over 700k followers disabled by Instagram. His Instagram handler revealed that the page is being reviewed through his backup account. He urged his fans to engage with the backup page for the time being.   “We are […]