Amidst the unsettled marriage drama prevailing in the Idibia family, Olivia, daughter of the popular singer, Innocent Idibia, better known as 2face has questioned her father’s age stating if he is a vampire that refuses to age.

This revelation came after seeing the newly released music video titled ‘Searching’ on the screen with her mother, Annie Idibia.

KemifilaniNews recalls that 2face alongside his management has abandoned his family and escaped to America after fighting dirty with his wife, Annie. 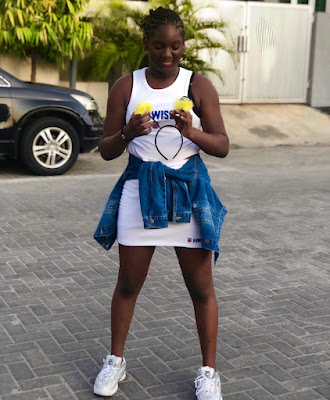 Despite the tense moment, Olivia has given comic relief to Nigerians to ease the current tension in the family by throwing compliments to her father.

Admiring the father, Olivia disclosed her father looked fresh and young for his age, stating he looks like a 19-year-old boy and might end up looking like that till he clocks 90.

Titilala Brownsugar, mother of Big Brother Naija housemate, Angel Smith has apologized to Nigerians on behalf of her daughter.   Recall, her daughter sparked outrage on social media after she was spotted raising up her top and exposing her privates in the presence of Whitemoney and Queen.   Angel was also dragged mercilessly on social media following her […]

You would recall that about six months ago, it was rumored that Chioma had broke up with Davido following allegations and reports of cheating on his part with an Atlanta based American video vixen, Mya Yafai. Following the reports of their crashed relationship, some undercover bloggers and journalist, Kemi Olunloyo claimd that Chioma has packed […]

#BBNaija: Housemates sleep in front of the diary room, insists Biggie opens the door in search for Nini (Video)

Shine Ya Eye housemates, Pere, Saga, and Angel were seen sleeping in front of the door to the diary room after Nini went missing.   Biggie had assigned a secret task to Nini by telling her to leave the house through the emergency exit unnoticed for 24 hours, without the knowledge of any housemates. Some minutes after Nini […]