Some Nigerian viewers of the ongoing BBNaija season 6 reality TV show have criticised Tega for revealing her body to Saga.

Recall that Tega had revealed that she is a married woman with a son, but many Nigerians now doubt the statement following her recent action with Saga.

This comes after Tega was asked to pick a male housemate to suck her n*pple during the Truth and Dare game. 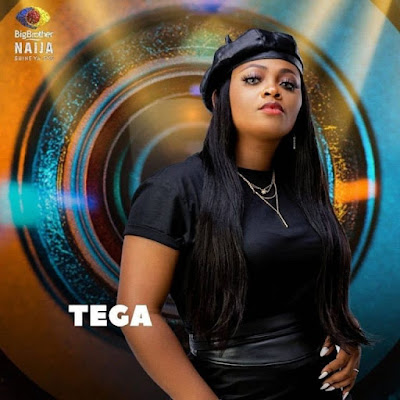 She chose Saga and took him to a corner as she exposed her n*pple and allowed him to suck it.

Her action has been criticised by many who believe that it’s wrong for a married woman to allow such.

A fresh graduate of the Tai Solarin University of Education (TASUED), Ogun State, identified as Oshokoya Deborah Ayomikun, has reportedly committed suicide. The Adult Education graduate, who recently finished her final year exams and signed out with her peers, allegedly died after ingesting a poisonous substance suspected to be snipper. Although details of the circumstances surrounding her death […]

Big Brother Naija Season 6 housemates, Angel and Saga entertained viewers with a romantic and passionate kiss last night. The house which seems to be getting lively by the day promises a whole lot of dramas as the show unfolds. In a recent development, Angel and Saga lip-locked passionately in the house last night. It all began when Angel […]

A video of Big Brother Naija Season 6 housemate, Sammie crying while taking to fellow housemate, Angel has stirred reactions from fans on social media. Sammie and Angel were having their regular chit-chat when he suddenly went emotional and burst into tears. A concerned Angel tried to console him with encouraging words. Jackie B then walked into the room […]