Housemates including Boma, Head of House are angry over the way Maria threw the food that was served to her by WhiteMoney over a misunderstanding. 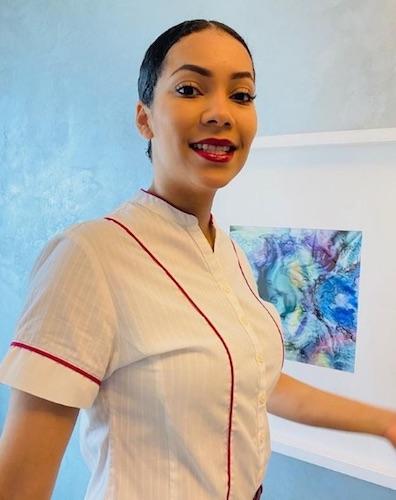 According to Maria, she could not stand the housemates discussing in the toilet while she was eating, hence she threw the food served to her.

Reacting to the scenario, Tega reprimanded her as she addressed Maria’s behavior as rude. He also stated that she walked away while he was talking to her to address the issue.

On the other hand, Boma who wasn’t happy with her behavior chastised her.

‘A Lot Is Going On’- Actress Tonto Dikeh Cries Out Hours After She Blocked Her Politician Boyfriend, Prince Kpokpogri

Popular Nigerian actress, producer and humanitarian, Tonto Dikeh has lamented that the devil is at work. Tonto Dikeh’s lamentation comes after she triggered feelings of breaking up with her new lover, Prince Kpokpogri after allegedly blocking him on social media. According to the mother of one, there is a lot going on in real life […]

Ubi Franklin has been with Obi Cubana and has shared beautiful photos from the Billionaire’s exquisite mansion in Abuja. Below are the photos Ubi shared on his Official Instagram page: Obi Cubana Speaks on Humble Beginning, Says He Met Wife While Broke         Obi Iyiegbu, aka Obi Cubana spoke on his humble beginnings during an […]

“My baby, my love, my sweetheart” – Basketmouth sparks reactions with his birthday message to Tuface Idibia

Reactions have trailed the birthday message of Nigerian comedian, Basketmouth to legendary singer, 2face Idibia.   Tuface Idibia clocked a new age today and fans and celebrities including his beloved wife, Annie Idibia penned down heartwarming messages to him. However, Basketmouth’s message to the singer has sparked reactions as he referred to Tuface as his love and his sweetheart. […]