A recent display carried out on Yousef by Angel has subsequently got social media buzzing largely because of its romantic nature. 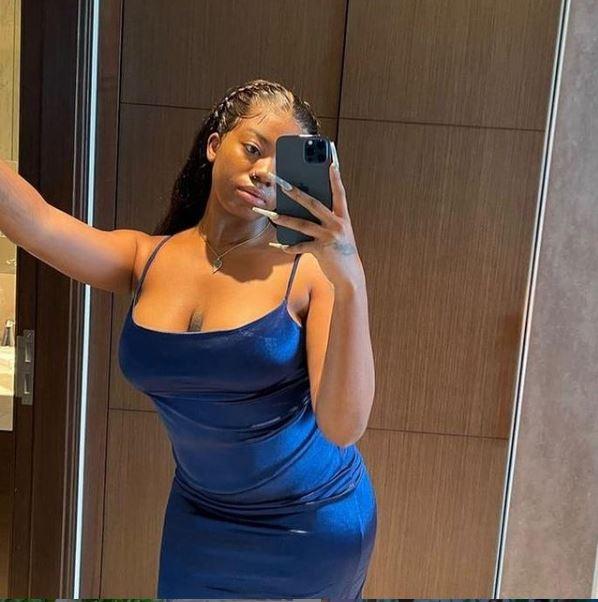 Angel yesterday was spotted spoon-feeding Yousef, but the manner this took place seemed to be the point of concern.

Angel who chose to go contrary to the normal style of feeding a person, gave Yousef a soft push which landed him on the bed, sat on him and feed him with the delicacy she bore in her hand. 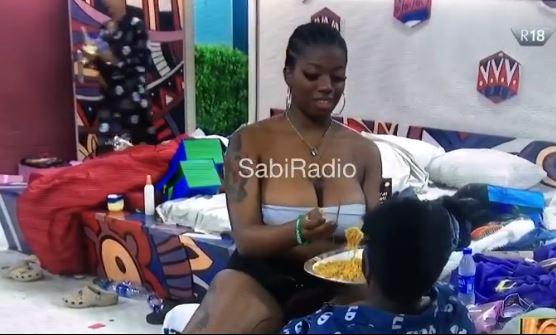 As usual, the dress she wore revealed a greater part of her ‘upper region’, which has stirred reactions accordingly.

Check out reactions below:

suprise_factory_alain wrote; This girl jus wan seduce all the guys for that house the first day she enter that’s why she no carry bra come

extova_pato wrote; Dis angel self is just confusing dis guys any how

durojaiye.oluwaseun wrote; This is more reason why this bbnaija of a thing should be banned.I rest my case

#BBNaija: “I would rather date for 10 years and have babies” – Nini speaks of fear for marriage

Big Brother Naija’s housemate, Nini opens up on her fear for marriage and how she sees long-time courtship as a better option than rushing to marry.   Speaking to Saskay and Yousef in the garden in the early hours of Friday, Nini stated that despite being in a relationship for a long time, she is still scared to seal their union. […]

Ex-Big Brother Naija star, Tacha has lambasted current BBN housemate, Boma, calling him “disgusting”, following his clash with Angel on Thursday evening. On Thursday evening, the two housemates engaged in verbal insults which almost got physical after Boma accused Angel of telling Queen about their kiss in the executive lounge. Tacha while reacting to how […]

It’s winning season for Nigerian music star, Wizkid as he continues to achieve great heights with his music, both locally and internationally. The singer who’s gearing up for his Made In Lagos concert in the UK took to Twitter moments ago to reveal that tickets to the concert scheduled to be held in December at the O2 […]