BBNaija Day 17: Peria in Luxury suite, Angel and Sammie break up, Pere considers being stern, and many more - Funnylord
Skip to content

BBNaija Day 17 comes with the usual dramas but under a new head of house, Pere and his deputy, Maria as they take control of the  house.

The incoming #BBNaija Head of House was met with a very challenging task of sorting through the grocery shopping the Housemates bought on Sunday. Pere and Maria, his Deputy Head of House, grabbed the bull by its horns, literally taking control minutes after the Nomination show ended.

Many of these were the loaves of bread in the kitchen that had to be claimed by their ‘buyers’. We hope we won’t witness more fights for bread this week because food is obviously a trigger for commotion in Biggie’s House. 😩 Pere gathered his fellow Housemates in the garden and delivered a Pere-style speech, as he thanked the outgoing HoH Boma and the first one, Peace. We are sure he learned a lot from their dramatic experiences in the last two weeks. The Housemates genuinely seem excited about Pere leading them this week.

The man reintroduced himself and promised freedom of collaboration in the House. You know him, Geng; Pere came through with all the sweet talk and promises, we really want to see how he handles the House this week. Let us just say we already admire the partner- Ship going on between ‘Peria’. After all the days of speculating a situationship, we have hope of seeing the pair making it official. They are on that, ‘where you go, I go,’ tip. Nini even suggested to Saga that Maria and Pere are safe this week, otherwise, they would have been nominated last night. Taking it to the luxurious bedroom, Pere and Maria are giving us ‘we’re on vacation vibes’ but it’s too hot in the bedroom for Maria. She needed someone to ‘go into the vents’. They also had a little chat where Maria was complaining about cleaning the bathroom after 22 other people use it.

They explored the bedroom looking for secret food and liquor, which Boma apparently told Pere about. Turns out Boma was talking about the Executive Lounge, where the Housemates can enjoy plenty of delicacies, but cannot be brought outside the room. You should have seen the disappointment on Pere’s face! 😂

We wonder if this week will bring us the gist we have been anticipating or nah?
Angel and Sammie sinking their ship 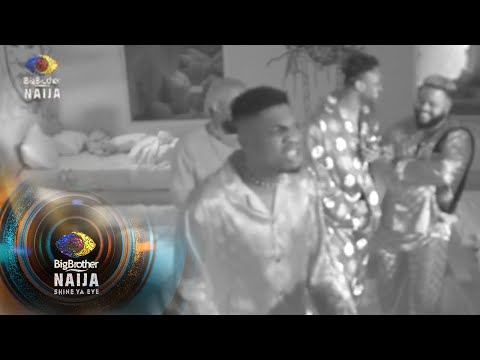 Angel and Sammie Break up in a heated argument after she kisses Kayvee during the concentration game.
Sliding into the DMs with Beatrice 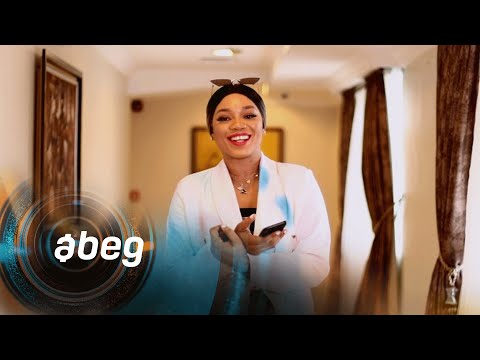 Sliding into the DMs with Yerins

Sliding into the DMs with Niyi 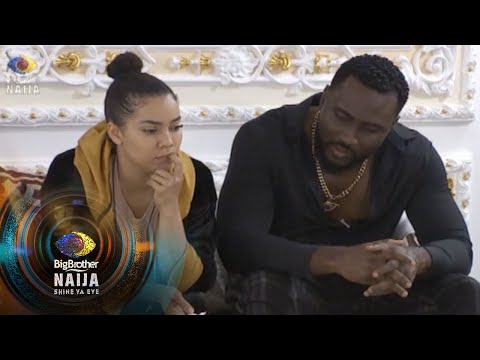 This House is set for gloomy days. With Pere’s reign as HoH, he is considering being uncompromising to get the Housemates in order.

Sammie and Angel breaks up

Shippers gather around! There may be not much left to salvage with this one; but Sammie and Angel just sank their ship.

During a heated game of Truth or Dare, the New Housemates got a chance to get up-close and personal with other Housemates and this is just the beginning. Kayvee, in the spirit of being a good sport, kissed Angel for his dare leaving Sammie jealous and resentful of Angel. Sammie and Angel were the first two Housemates to notably pair up in the House although it wasn’t made official. The two looked quite cosy most times and the House had dubbed them a couple considering their explicit interest in each other. This cookie crumbled and we don’t know if these tensions will fizzle out soon. With the new Housemates in, we are curious to know if the unofficial ships in the House will survive any longer with this potential for new love interests. Kayvee is off to an interesting start with other Housemates and his unintentional scattering of this ship. This morning he shared his thoughts on the situation by telling the guys he wouldn’t have kissed her if he knew she was someone’s girl.

A Twitter user identified by his handle as @OmoGbajaBiamila took to the micro-blogging platform to exult after surviving a ghastly car accident. Images from the horrific occurrence show that it was really a disastrous accident, but fortunately, there was no casualty. The man shared some photos of the car which was wrecked beyond recognition as a result of the accident. […]

Popular celebrity barman, Cubana Chief Priest has opined that lovemaking is not just done on the matrimonial bed alone.   He took to his Instagram page to share a photo of himself and his wife as they chill out on Island as he dishes his piece of advice to married couples. Cubana Chief Priest asked how many countries have […]