BBNaija ‘Shine ya eyes’ housemate, Jackie B has accused her fellow housemate, Angel of stealing shoes and hair in the house.

The mother of one made it known during a conversation with Jaypaul that Angel steals and she has attempted to take other people’s things in the house.

According to Jackie B, she once caught Angel trying to steal her shoes but she dropped them and apologized to her. 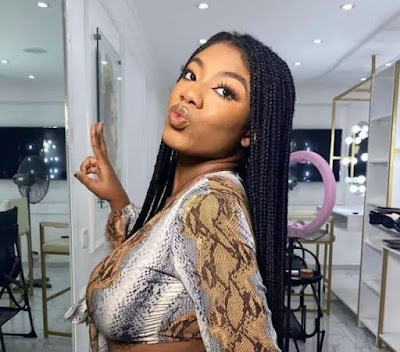 Speaking further, Jackie B said that Peace declared her wig missing in the house and she is yet to find it.

‘Peace’s wig is missing nau… I am sure that a lot of things have been roaming.. most times it’s Angel’ Jackie B said.

@theolisa_ wrote “Really disappointed in JackieB cos all this hate is coming from a place of insecurity!”

@Ritaogechi11 wrote “Omo Angel don suffer for this house oo, like what exactly has she done to Jackie B to deserve all this hate words..Mehn she should calm down na”

@rachealkash wrote “Wasnt jackie b a good friend to angel!? So because of micheal all this came up!? Lol girls will always be girls”

Alot is going on, and they will not let my sweet maria rest. This one don go steal shoe for national TV hehehe.”

@Londonb11021409 wrote “Ha e no better for jaypaul and this stupid girl called jack what can of accusetion is this, i pray angel doesn’t find out cause she will be fucking hur”

Former Big Brother Naija Housemate Gedoni Ekpata has renounced controversial investigative journalist Kemi Olunloyo as a member of his family. Trouble started after Gedoni took to his Instagram page to share a photo of himself at a beach and questioned his fans and followers about their weekend. Gedoni added he’s the son of God and father […]

Eniola Badmus,Popular Nigerian movie star,celebrated her 44th birthday on September 7, 2021, to the joy of fans. To mark the special occasion,

I Am Afraid to Lose You: Funke Akindele’s Husband JJC Skillz Says As He Shares Romantic Video From Anniversary

I Am Afraid to Lose You: Funke Akindele’s Husband JJC Skillz Says As He Shares Romantic Video From Anniversary Nigerian music producer, Abdulrasheed Bello aka JJC Skillz, recently shared a sweet video of how he marked his fifth wedding anniversary with his wife, Funke Akindele. The couple clocked five years together as a married couple […]