Nigerians woke up to serious drama on Friday morning when actress, Annie Idibia took to her social media page to out her husband accusing him of sharing the same house with his ex/babymama, Pero, during a vacation. 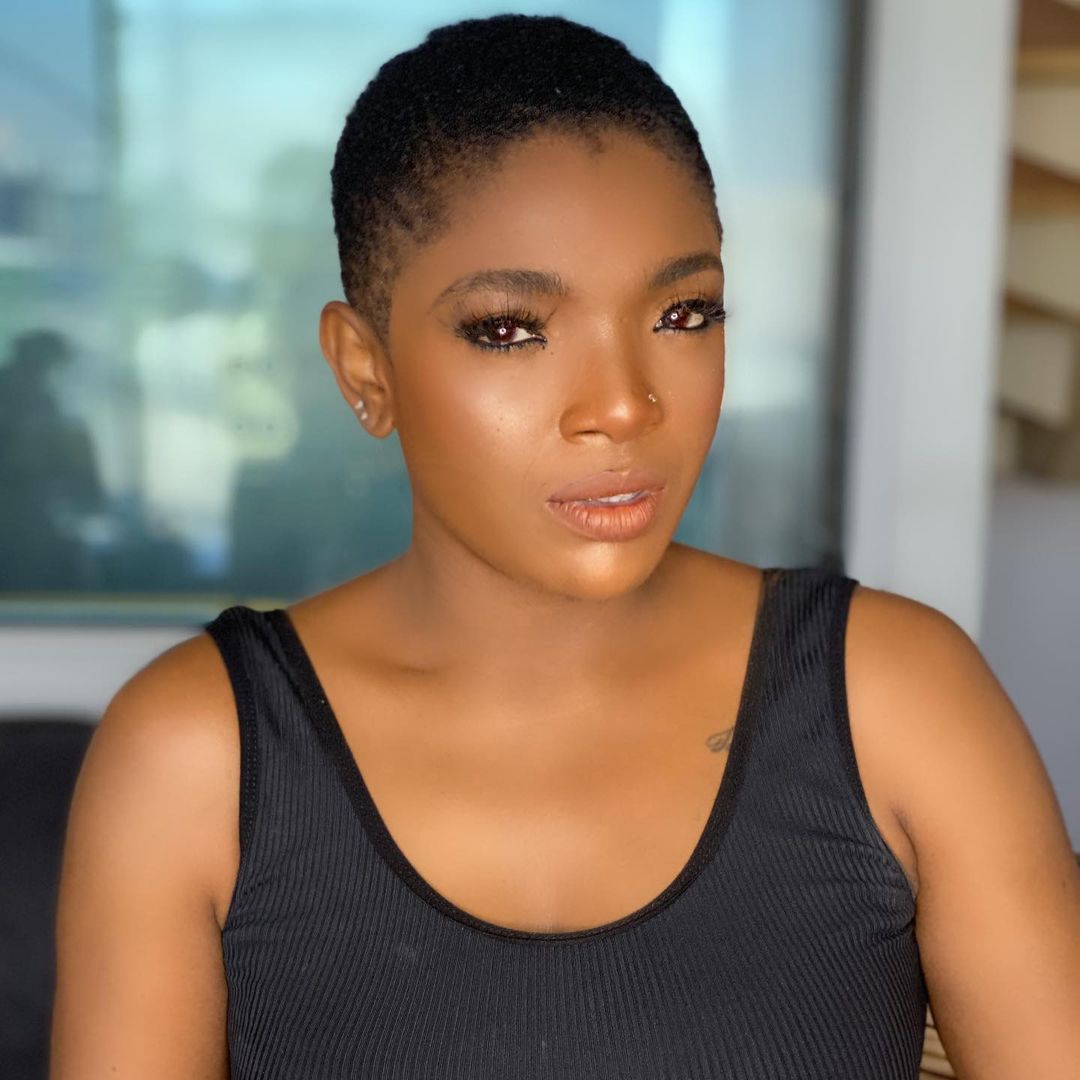 Annie, a mother of two had accused her husband’s family of never loving her from the start and though she’s been patient with them and her husband, their latest move will be unaccepted by her.

Subsequently, Tuface’s brother and his spouse as well, have lashed back at the actress accusing her of using “juju” on the singer.

To catch up on all the drama that’s ensued, use the following links,

“Your family never loved me from the beginning” – nnie Idibia accuses her husband, 2face, in a social media outburst.

“Your Brother is tired!!!! Everyone is trying to suck him dry!” – Annie Idibia hits back at Tuface’ brother, Charles.

“Your juju is finally catching up with you” – Tuface’s sister-in-law, Rosemary Idibia joins in as her husband, Charles Idibia join continues slamming Annie Idibia

Following the brouhaha, Annie who used to go by “Annie Macaulay Idibia” on Instagram for a moment changed her name as she removed the “Idibia” to read “Annie Macaulay”, reverting to her maiden name.

The actress did this briefly as also removed the part that reads: “Official IG page of Annie.M.Idibia” before as at the time of filing this report, changed her bio back to Annie Macaulay Idibia. 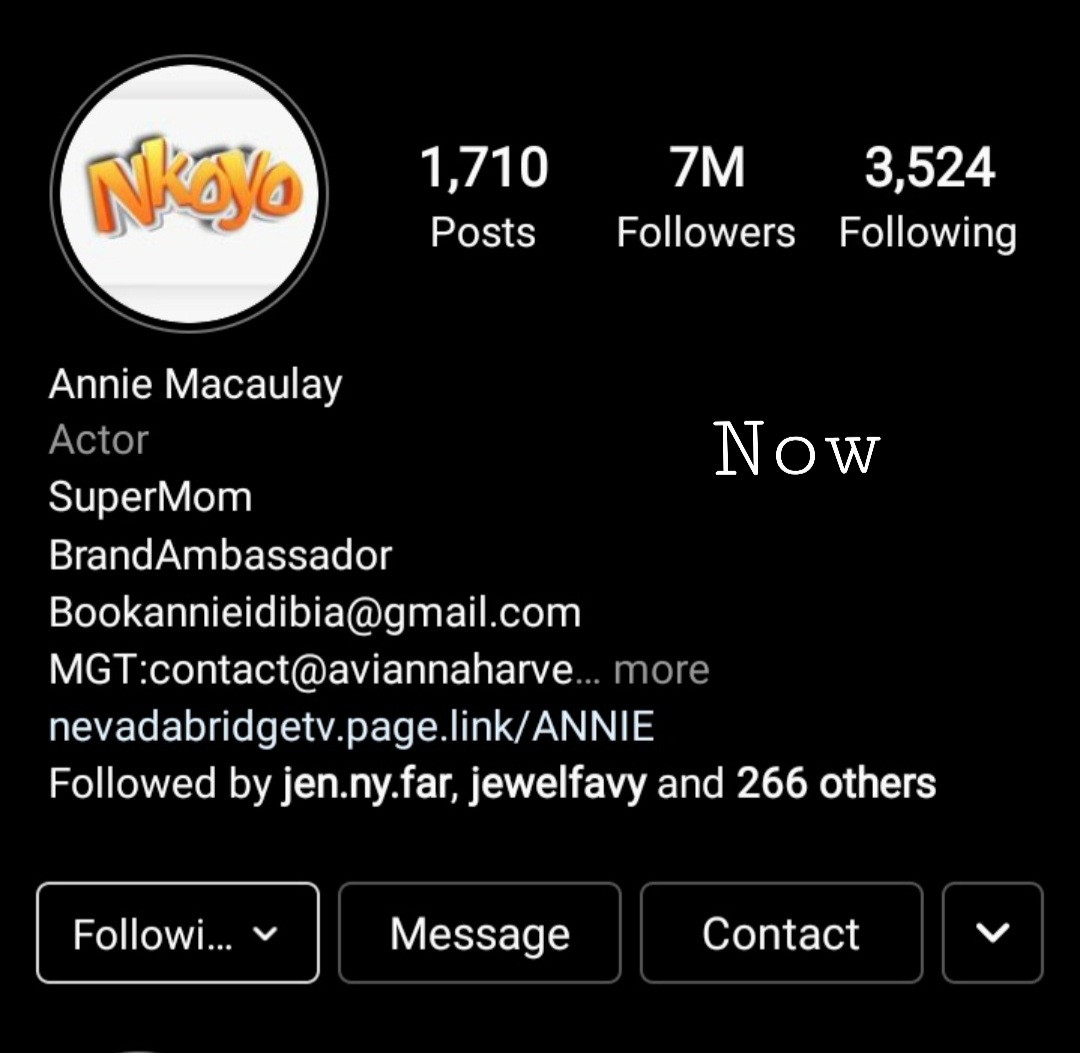 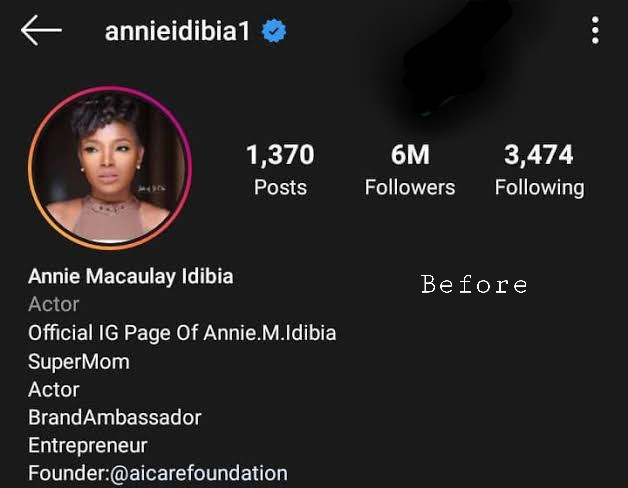 Her recent actions has caused netizens to react to the ongoing drama with many of them questioning why the actress chose to bring such family related issue to the internet at the danger of the harm it could bring to her kids.

Money is a good something” Davido and phyno doing dorime with Nigerian billionaire obi cubana [video],dis life get money

My Children Are Trying to Cheat Me: Kanayo O Kanayo Cries Out on IG As He Plays Whot With His Cute Boys

My Children Are Trying to Cheat Me: Kanayo O Kanayo Cries Out on IG As He Plays Whot With His Cute Boys They want to cheat me Noting that he paid the house rent in Aba with Whot and Drafts, the actor said his children are trying to cheat him. The actor disclosed that his […]

Amid Kpokpogri Drama, Tonto Dikeh Drops Videos of Fresh Body, Says She Will Be Going Offline for Days

Amid the relationship crisis between Prince Kpokpogri and Tonto Dikeh, the actress has gone online to appreciate the support her fans have given her. Recall that hours after a voice recording of the actress surfaced on social media, Kpokpogri has now taken to his Instastory channel to speak about the audio file. The young man […]