Titilala Brownsugar, mother of Big Brother Naija housemate, Angel Smith has apologized to Nigerians on behalf of her daughter.

Recall, her daughter sparked outrage on social media after she was spotted raising up her top and exposing her privates in the presence of Whitemoney and Queen. 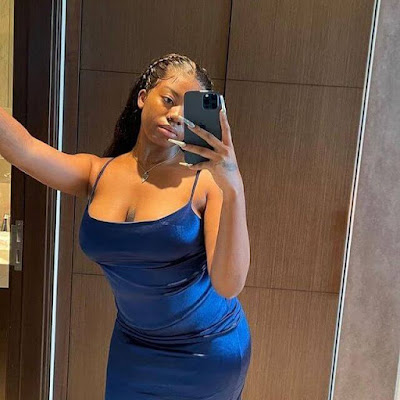 Angel was also dragged mercilessly on social media following her shabby performance during the Head of House game. 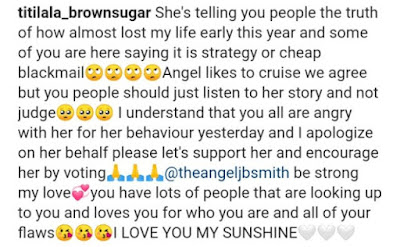 Nollywood Actress, Susan Peters, have taken to her social media page to mock the critics of BBNaija star, Tega, after the realty TV star reunited and reconciled with her husband yesterday. According to Susan, those who were judgmental and angry over Tega’s behavior in the house can “Rest now” as a result of the reconcilation. […]

“I’ve dealt with men, Emmanuel is not even handsome” – Liquorose brags (Video)

Liquorose recently bragged about the calibre of men in her DM and went further to assert that she has dealt with different kinds of men. According to Liquorose, while speaking to Sammie stated that Emmanuel isn’t even handsome as she compared him to her ex-boyfriend whom she said is a basketballer.   These jabs and utterances are coming […]