Big Brother Naija star and model, Neo Akpofure, has stated that he wants to marry a virgin because they make better wives.

The reality show star stated this while reacting to a Twitter user who expressed disapproval with a man who said he wants to marry a virgin because he doesn’t want a woman with ‘borehole’ vig*na. According to the Twitter user, the man’s reason is dumb because a virgin’s vig*na will still become wide after childbirth. 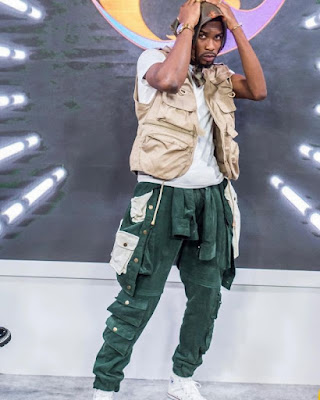 Neo, who is currently in a relationship with his BBNaija beau, Vee, countered her opinion and shared several reasons why it is better to marry a virgin.

He maintained that a virgin would not compare sex with her husband with that of her past relationships and wouldn’t have had abortion or ex-boyfriend drama.

Neo said in part, “Literally 90% of men I know that married virgins are enjoying their marriage. No exes to worry about, nobody telling you that you have small dick and don’t last long because their exes had bigger dicks and lasted longer. No bitterness, no feminism, just pure love and vibes.

Also read :Don Jazzy Reacts to Those With Shallow Brains Saying He Has Turned Into An Ordinary Skit Maker

See the tweets below,

#BBNaija: “My boyfriend will be proud of me” – Nini tells Saga after winning veto power

Housemate Nini has shown her excitement by telling her live-in boyfriend, Saga, that her boyfriend outside the house would be proud of her for winning the veto power.   Nini, who was picked up for possible eviction, was saved for the week after she won the veto power in the HOH games yesterday. However, Saga, her acting boyfriend, had […]

A viral video making rounds on social media has seen the touching moment from a Nigerian Lady who was crying uncontrollably as she watched Davido perform during a live concert in London. Recall that the DMW boss left Nigeria for London to perform at the Yam Festival which took place on the 23rd of August, […]

Nigerian entertainer and entrepreneur, Ese Eriata has lambasted singer, 2Baba’s baby mama, Pero for sharing his photo on social media. Amid the Idbia’s family drama, a concerned fan had taken to social media to talk about how 2baba’s ex and baby mama, Pero shared his photos and videos on her Instagram page. A quick tour on Pero’s Instagram page […]